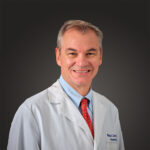 Physician Assistant specializing in orthopaedics under the supervision of Ty E. Richardson, M.D.

Jordan is a certified Physician Assistant specializing in orthopedics working alongside Ty E. Richardson, M.D who specializes in Sports Medicine. He is from Louisville and graduated from Centre College where he earned his B.S. in Biology. While attending Centre he was an all-conference football player and participated on the track & field team.  Jordan began his graduate work at the University of Louisville where he earned a Master’s of Science degree in Exercise Physiology and then continued at Sullivan University where he earned his 2nd Masters of Science degree in Physician Assistant studies.

Jordan has been a member of Louisville Orthopaedic Clinic since 2007 and has served in various roles in Physical Therapy and Durable Medical Equipment.  Prior to becoming a Physician Assistant, Jordan was a high school football coach for 7 years.

Robert A. Goodin, M.D. Specializes in total joint replacement, including minimally invasive surgical techniques. Dr. Goodin is a Louisville native who earned his medical degree and completed his orthopedic residency at the University of Louisville,...

Richard “Alex” Sweet II, MD Fellowship trained in knee and hip reconstruction Dr. Alex Sweet is the son of Dr. Rick Sweet Sr. Like his father, Dr. Sweet specializes in the area of hip and...

Michael J. Doyle, MD A Louisville native and graduate of St. Xavier High School, Dr. Doyle received his undergraduate degree at Georgetown University in Washington, D.C., and his Doctorate of Medicine from the University of...

Sarah B. Zerhusen DNP, APRN, NP-C Sarah is a certified Nurse Practitioner working alongside Madhu R. Yakkanti, M.D, who specializes in the area of hip and knee joint replacements and fracture management. Sarah is a...

Amanda Allison, APRN Amanda is a certified nurse practitioner working in collaboration with John S. Lewis, MD specializing in disorders of the foot and ankle. After earning a Bachelor’s of Science in Nursing degree from...

Remy Lamphere PA-C. Certified Physician Assistant specializing in orthopedics, working alongside Michael J. Doyle, MD who is a Neurosurgical and Spine Specialist. She received her undergraduate degree in Chemistry and Mathematics from Southern Methodist University...