When the normal knee joint is functioning perfectly, before there has been an injury and before any wear or arthritis has occurred, few stop to appreciate the marvelous engineering of this joint. Typically, no thought is given to the smooth 160 degree arc of motion it provides. Or to the forces of up to 5 times the body weight it supports during simple daily activities such as navigating stairs. Or to the all-day stress to which it is exposed in a physically demanding job. No thought is given to its ability to absorb the peak forces of up to 5 to 10 times the body weight to which it is exposed during the routine athletic movements of sudden starts, stops, jumping, running and twisting. Simply put, when the knee is functioning normally, one never stops to think about the knee at all. It is there: it works.

However, surgeons and engineers responsible for designing and implanting knee replacements for the damaged, worn, and arthritic knee are acutely aware of the intricate engineering of the knee. Trying to match the engineering marvel of the normal knee comprises what has become the holy grail of knee replacement surgery: to develop and implant the “Perfect Knee Replacement”.

The perfect knee replacement would be an artificial joint that has full range of motion, would be able to withstand all of the normal forces of daily living and work activity as well as the peak forces of athletic activity. It would be durable and very long lasting. And all the while it would cause no sense of soreness, swelling, or even an awareness that the knee was even there. 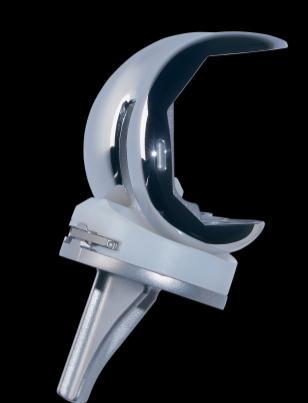 The Barriers to Perfection

The barriers to perfection listed above may mean that the knee replacement, no matter how skillfully designed or implanted, can never be as good as the normal knee of youth. Initial soreness just from the surgery itself can last up to a year. It can sometimes take the soft tissues months to accommodate to the new environment of the artificial knee. Occasionally, when excessively stressed, swelling and soreness in the artificial joint can still occur.

However, the results of a precisely performed knee replacement are nonetheless outstanding. The pain and disability of arthritis is completely eliminated. Achieving functional range of motion, if not the range of motion of youth, is expected. Despite the loss of the ACL, ligament stability can be restored so as to be able to withstand the rigors of daily and work activities and most adult recreational athletic activities without restriction. And a well-performed and well cared for knee replacement is quite durable with an expected life span of 15 – 20 years.

It is the goal of the orthopedic manufacturing bioengineering teams to continue improvement of the knee replacement implant design so as to more closely imitate that of the human knee. And it is the goal of the knee surgeon to better understand the barriers to perfection that add complexity to the knee replacement procedure. These include dealing with the loss of the ACL, pre-operative contractures of the joint, bone loss associated with deformities, and the presence of contracted and stretched ligaments. In understanding and dealing with these complexities, we can move ever closer to the goal of “the perfect knee replacement.”