Osteoarthritis affects over 30 million Americans. More than 50% of people over 65 years of age have been diagnosed as having arthritis. It is a leading cause of disability and suffering in the US. As baby boomers age, the ravages of arthritis have resulted in an explosion of joint replacement surgery and spine surgery to deal with it. However most arthritic sufferers either do not need surgery or have a problem not amenable to surgical management. For those patients, the medical treatment of their disease becomes increasingly important. 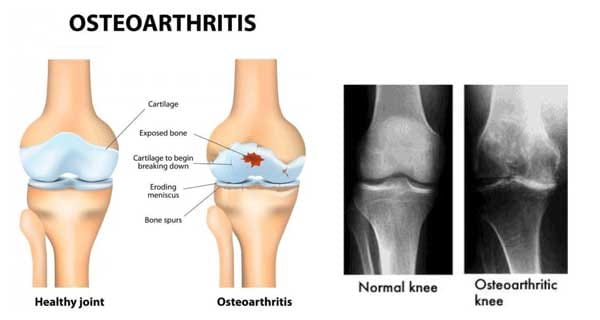 There are several problems associated with the medical treatment of the pain and inflammation of osteoarthritis.

The Benefit of Arthritis Drugs

The major benefit of drugs used to treat arthritis is simple. They help. When using these drugs, patients with arthritis feel better, have less joint pain, can stay more active and can even rest and sleep better.

Drugs of this class, typified by the drug prednisone, are the most effective drugs to treat symptoms of arthritis. However, they also have the most serious potential side effects when over utilized or taken over too long of a time period. Steroids are most often used in a “burst” fashion, such as a tapering 6-7day dose pack (Medrol Dose Pack). It has been shown that this “burst” strategy maximizes effectiveness while minimizing potential side effects. The side effects of steroid over use are too long to list here. Suffice it to say that over use of steroids negatively impacts every organ and anatomic structure in the body. It can thin skin and weaken bone. Steroids make management of diabetes more difficult and cause weight gain. There is almost no part of the body unaffected by chronic steroid use. BUT, keep in mind steroids are the most potent drug available to treat the inflammation of arthritis. When taken judiciously, steroids can safely help in the management of the pain and disability of arthritis.

NSAIDS are effective. To a point. They do help reduce joint inflammation, swelling, stiffness and soreness. Once the arthritis reaches a certain level of severity, however, their effectiveness diminishes. As noted, NSAIDS to not cure, slow or reverse the progression of arthritis.

I am not a pharmacologist. This is not an all-inclusive list. But here are common (and potentially significant) potential issues with taking NSAIDS.

I have dealt (fairly successfully) with 25 years of back issues and more recently with a right hip going bad. As my wife would tell you, to say that I remain active is the world’s greatest understatement. How? I stay fit and in shape. I stay away from activities and exercise programs I know likely to aggravate things (OK, except for an occasional 36 holes a day golf excursion with my buddies). And I utilize a very judicious medical management program. For the most part, I don’t take any medications. If I get sore enough, I might take a few days of NSAIDS. I used to solely take over the counter naproxen, then it started upsetting my stomach. I switched to very occasional use of Celebrex, but I’m worried about its heart related side effects. Though I still occasionally resort to Celebrex or naproxen, currently I’m trying to take 2 regular strength (325 mg) aspirins when needed with medication to protect my stomach (that is a whole other subject, as one of the two classes of the over the counter stomach protective medications may have its own cardiac risks – I take Zantac (ranitidine) which is over the counter and seems to have the least associated risks). Only rarely will I feel the need to take a Medrol steroid pack. Bottom line, I take no more of any of these meds than I have to. When needed though and when used in moderation the available arthritis meds can and do help me, and they can help you.