The anterior cruciate ligament or “ACL” is the primary stabilizing ligament of the knee. Around 200,000 people suffer an injury to this structure annually. For the last couple of decades the trend in treatment has leaned more toward early surgical reconstruction and accelerated rehab. Improvements in technique and equipment have made ACL reconstruction a very successful treatment for those who choose surgery. But, does every ACL tear require reconstruction? If you’re Carson Palmer, the quarterback for the Cincinnati Bengals, and surgery may mean the difference between early retirement or returning to play and your 15.7 million dollar salary, the choice is obvious. But what about the thirty-year-old office worker who runs a couple of days a week and plays a little golf on the weekends and tore his ACL at a church softball game? The issues and options are a little different. Can this patient be treated without surgery and have a good long-term outcome?

There is a subset of ACL patients who can be treated without surgery, they are called “copers” and do very well with a supervised rehab program and slow return to activity. These people tend to have excellent neuromuscular control, quadriceps strength and ankle stability. They are able to continue to remain active in all but the most demanding sports such as football and indoor soccer. Bracing is another nonsurgical option. A brace can improve a patient’s subjective sense of stability and are only worn during sporting activity. John Elway won a Superbowl with a brace on his ACL deficient knee. However, bracing does not protect the knee from the long-term effects of instability.

But what are the short and long-term effects of leaving a torn ACL untreated? There are some excellent long-term studies that chronicle the changes that occur over time with the chronically unstable knee. Besides the obvious activity restrictions, there is a pattern of ongoing damage to other supporting structures in the knee as well as the long-term development of arthritis. Most of the published studies on nonoperative treatment or delayed treatment of ACL tears come from countries with government run medical systems such as Switzerland, Great Britain and Germany.

The meniscus is a C shaped, flexible cartilage structure that serves as a secondary stabilizer of the knee and acts to increase the area of the weight bearing surface. There are two menisci in the knee, the medial and lateral. The meniscus is at significant risk to injury in the unstable knee. In fact, many people who initially do well without surgery are often brought back to the office by pain after tearing their meniscus. The risk increases with time. A large study looked at meniscal injuries that occurred with delayed surgery for a torn ACL. A six-month delay did not result in any increase in meniscal tears but a one year delay resulted in a tear of one meniscus. Another group with surgery delayed an average of thirty two months had developed tears in both menisci. All of these patients had normal menisci on this initial MRI. Damage to the meniscus correlates with an increased risk of developing arthritis over time. 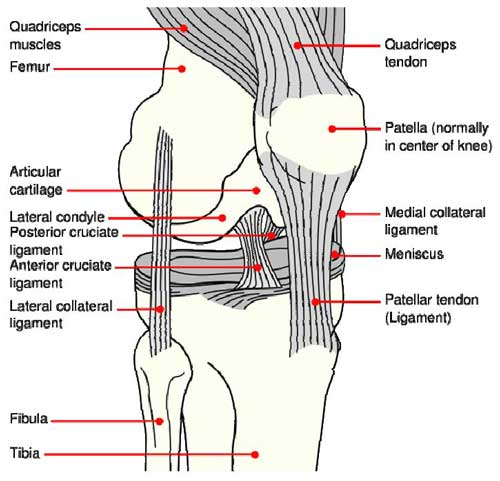 Arthritis is another long-term effect of tears of the ACL. Instability results in abnormal motion and increased wear and tear on the cartilage of the knee. The rate at which arthritis develops appears to be slowed down by reconstruction but not eliminated. At ten years, arthritis will develop in about fifty percent of those left untreated and twenty percent of those who have surgery. By twenty years out from the injury, the numbers are about the same, regardless of treatment. Other factors such as intensity of physical activity, subsequent injuries and body weight obviously also affect these changes.

In conclusion, there is a small subset of people that can have an acceptable outcome with the non-operative treatment of tears of the ACL. But, for the vast majority, there are long-term advantages of surgical reconstruction. Protection of the menisci, slowed rate of arthritic changes, and a more predictable return to pre-injury level of activity are benefits of surgical treatment. In my own practice, I treat the acute injury with bracing and a supervised physical therapy program. I delay reconstruction until the pain and swelling have resolved and normal range of motion has been restored, this is usually around three weeks. Following reconstruction, most patients are off crutches in three weeks, out of the brace by six and running at three months. Return to sports such as basketball or soccer is at least six months.