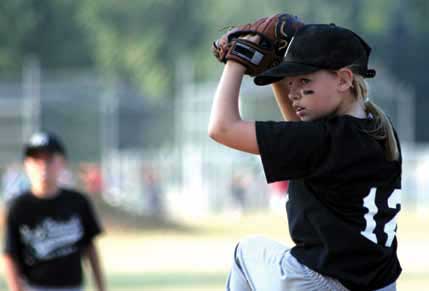 If you have followed baseball over the past 15 to 20 years then you are likely to have heard some discussion about the “Tommy John Procedure”. Tommy John was a left-handed professional baseball pitcher for six major league teams in a career that spanned 26 professional seasons. During that time he won 288 games, was on four All-Star teams, and now ranks 7th on the all time list for wins by a left handed pitcher. He also won the 1976 National League Comeback Player of the Year award. Even though he had a remarkable professional career, he is best known for undergoing a revolutionary surgical procedure on his elbow to repair a damaged ligament. In 1974, he was 13-3 while playing for first place Los Angeles Dodgers. Then, tragically, he permanently injured his arm. Until this time, damage to a pitcher’s elbow that involved the ulnar collateral ligament was career ending. Mr. John met with the team physician for the Dodgers, Dr. Frank Jobe, to discuss if any possible intervention could be done to prolong his career. Dr. Jobe then conceived and performed the first ulnar collateral ligament reconstruction of its time. After this surgery, Tommy John went on to play in 14 more seasons, 3 of them earning All-Star selections.

Since then, the “Tommy John Procedure” has been performed on thousands of throwing athletes, from high school to the professional ranks. This surgery (medically known as an ulnar collateral ligament reconstruction) is performed on the inside, or medial, side of the elbow. (figure 1). A tendon taken from elsewhere in the body (usually the palmaris longus tendon of the forearm) is used to reconstruct the insufficient or torn ligament on the medial side of the elbow. This procedure is a highly intricate surgery that is only performed by sports medicine specialists who have further training and understanding with this reconstruction. Not only is the operation technically demanding, it involves many months of rehabilitation under strict supervision by the surgeon. However, for athletes with ulnar collateral ligament insufficiency this procedure has continued to show improved success rates. The first study done on Tommy John surgical outcomes was in 1986 and it found a 62.5% success rate of athletes returning to their previous or higher level of performance. Current studies range in the 90% success rate. Several factors have lead to improve success, for example, patient selection, surgical technique, and better understanding of the rehabilitation process. 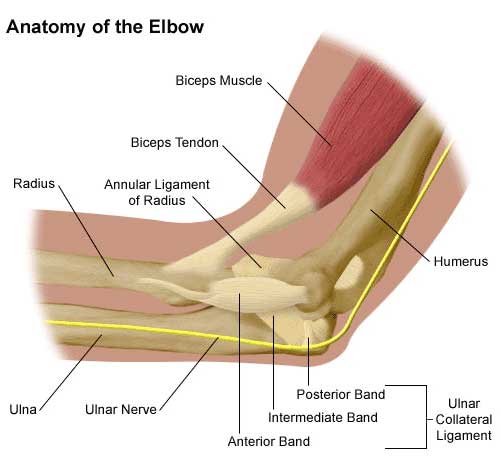 The ulnar collateral ligament is usually injured by tremendously repetitive stresses placed on the inside of the elbow by throwing athletes. This leads to the ligament stretching out (laxity) or actual ligament rupture. Although uncommon, a traumatic rupture of the ulnar collateral ligament is also certainly possible. Baseball is the most common sport associated with this injury, but this injury has affected athletes in football, tennis, softball, javelin, weight-lifters, and many other overhead throwing sports. When this ligament fails, athletes experience pain on the inside of the elbow, especially during throwing activities. This may be associated with numbness and tingling in the fingers, loss of control or velocity in pitches, and a feeling of a “dead arm”. Since throwing a baseball, javelin, football, etc. relies on proper mechanics to maintain velocity and accuracy, an injury to the lower extremity (e.g. foot or knee) or to the athlete’s back often precedes the elbow injury. When the throwing mechanics are compromised the elbow or shoulder usually ends up bearing the final burden.

For the majority of athletes with ulnar collateral ligament insufficiency, proper physical therapy and adherence to correct throwing mechanics will correct the problem. Time off from throwing is also crucial to allow for healing to occur. If pain and poor athletic performance continues, then an evaluation by a sports medicine surgeon is in order. The diagnosis is usually confirmed by the patient’s history and physical, but an MRI or X-ray is often beneficial. When insufficiency is confirmed, reconstruction may be an option. It is important for athletes, coaches, and parents to realize that this procedure is reserved for those who plan to compete at a high level of athletics involving repetitive throwing. Furthermore, the post operative rehabilitation from this surgery lasts at least one year. Thus, a significant commitment is required from the athlete to achieve success from the operation. On the other hand, non-throwing athletes rarely notice a loss of athletic performance with ulnar collateral ligament insufficiency and have very minimal, if any, symptoms.

The “Tommy John” is significant advancement of care for athletes and has revolutionized treatment of throwing athletes over the past 20 years. Without it, many of the current pitchers you see on television today would have had their careers ended by injury. If you have any further questions regarding this surgical procedure feel free to contact Dr. Smith. He is fellowship trained sports medicine specialist who trained with Dr. Frank Jobe and served on the medical staff of the Los Angeles Dodgers.